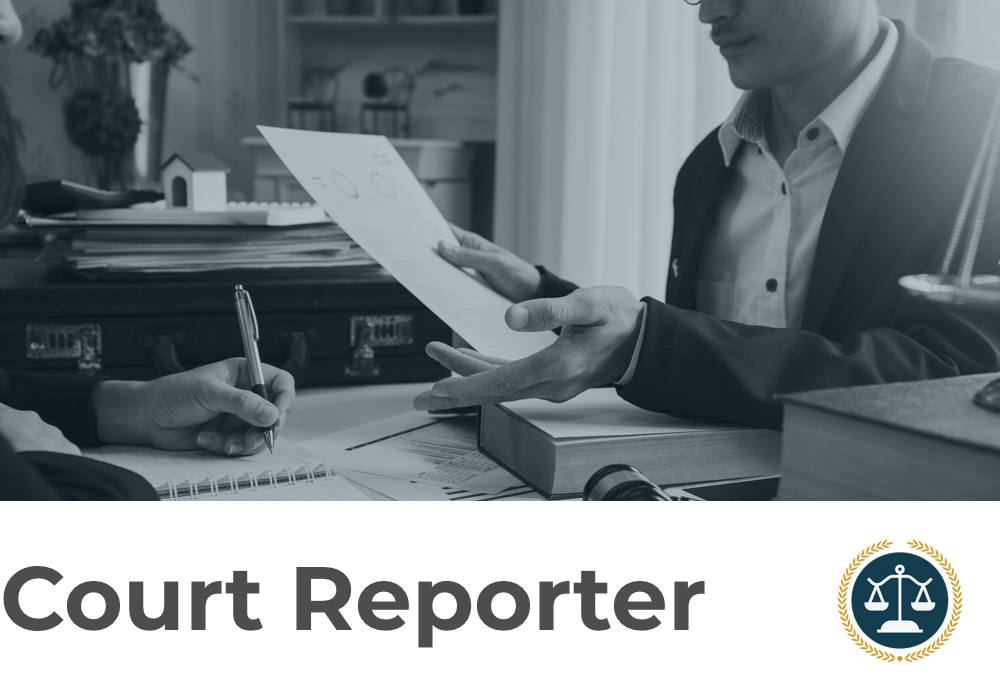 If you are detail oriented and have mad listening, concentrating, and writing skills, then you may have a calling as a court reporter or stenographer. You won’t just find court reporters or stenographers in the courtroom—you are also needed in broadcasting to translate verbal to written dialog for the hard of hearing and deaf. Court reporting is a fast-paced and highly rewarding career!

What Is A Court Reporter?

A court reporter or stenographer attends court hearings depositions or any other type of event where a transcript is necessary. You are responsible for translating, word for word, the transcriptions onto a readable document.

Some court reporters or stenographers services are needed in other industries, aside from the courtroom, such as television real-time translation for the deaf or hard of hearing, public events, business meetings, and schools.

Wherever a record of exact translation is needed, a stenographer/court reporter can be found. Not only do you report what is being said, but also you will address gestures, body language, and actions within your notes.

Court reporter/stenographers' duties include attending hearings or public forums where written records are required. They use specialized equipment such as stenography machines or video and audio recording devices. You'll create and edit transcripts for the court and provide copies for whomever is involved.

The document created by the court reporter becomes the official record of the court proceedings.

How Do I Become A Court Reporter?

Whichever certification is offered in your state, they all require successful completion of a written exam as well as a skills test to ensure you are capable.

How Much Will I Make As A Court Reporter?

The Bureau of Labor Statistics states that the average salary of court reporters was $65,240 in 2021, with the top 10 percent earning an average of $103,270. The BLS also predicts only a slight increase in the employment of court reporters by 2030 of 3 percent, which is slower than the national average, however it is still a reliable career path. With a constant demand for stenographers due to federal regulations requiring more closed-captioning for television, the internet, and other technologies, it is still a good field to pursue.