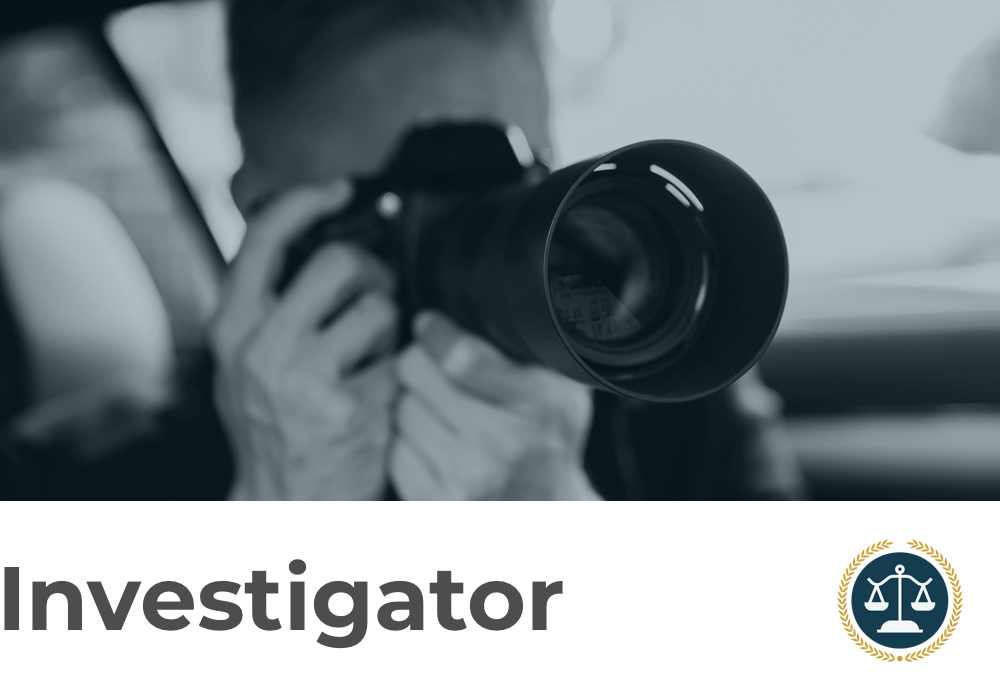 You have an eye for detail, and you don’t miss a single thing. Not only that, but also, you’re able to make sense of what is there before you. Your communication and questioning skills are top notch. Plus, people actually open up to talk to you. You know what? You should be an investigator. Which type you choose is completely up to you. There are a variety of investigator careers you can explore. Below are a few.

An accident investigator has an eye for detail, which is put to use collecting and examining evidence from various traffic accidents. Collision investigators are responsible for responding to traffic accidents, administering first aid, and making calls for additional assistance, including emergency medical services. You must verify driver licenses and vehicle registrations by radio, conduct interviews with all those involved, and complete written reports along with the correct forms.

What kind of education do I need to be an accident investigator?

The first step to becoming an accident investigator is to have graduated high school or have a GED. Then you are ready to begin your training, whether online or at a brick and mortar school of your choice.

Most insurance companies that hire accident investigators prefer their employees to have a background as law enforcement officers, private investigators, claims adjusters, or examiners. Many in these fields come with excellent interviewing and interrogation skills.

Licensing for accident investigators vary by state, so it’s best to contact your school of interest to find out your state’s exact requirements. There are continuing education courses you would be expected to fulfill as well, which also vary state by state.

How much does an accident investigator make?

The Bureau of Labor Statistics reports that the average salary for accident investigators was $70,960 with the top 10 percent averaging closer to $101,290. Exact salaries can vary depending on specialization, location, and levels of experience.

How do I become a private investigator?

Once you graduate high school or obtain your GED, you have a couple different options when it comes to becoming a private investigator.

There is the on-the-job training scenario that lasts several years. However, most private investigators are expected to have either an associate or bachelor’s degree in criminal justice or police science. Plus, most employers require training from a certified criminal justice school where you can earn your private investigator license. Many PIs also have previous work experience in law enforcement prior to changing careers.

Licensing and certifications vary by state, and you should definitely speak with your potential school’s representative to find out what your state expectations are. Interested in a CJ career? Try our practice tests.

What private investigators do

Private investigators are equipped to identify facts and analyze information that they gather, often regarding legal, financial and personal matters. Sometimes private investigators work separately from the police department, and other times you'll work in conjunction with law enforcement to solve open or cold cases.

Private investigators are often tasked with searching for a lost or missing relative, participate in gathering evidence to present at custody battles, or investigate possible incidents of insurance fraud, computer crimes, and/or instances of stalking or harassment.

Common traits of a successful private investigator are being detail oriented, persistent, honest, cooperative, and dependable. If you possess these characteristics going into the job, then your path will be an easier one.

How much do private investigators make?

The Bureau of Labor Statistics reports that the average salary for private investigators was $60,970 with the top 10 percent averaging closer to $98,070. Exact salaries can vary depending on specialization, location, and levels of experience.

A day in the life of a CSI

Scene of the crime: When crime scene investigators are brought to the scene of the crime, they spend time investigating the area to determine what should be used as evidence. You’ll usually take pictures of the pertinent spaces before they are touched by anyone else. Before they collect any evidence, forensic science technicians will record what the surroundings look like by noting the location of any fingerprints, weapons, and body matter. Then they will transfer the evidence into bags to be transported to the lab for further inspection.

In the lab: The lab is where heavy work is done. The CSI will perform various tests using chemical and biological analysis. Through this evidence, you are able to figure out the relation between the suspect and the victim. Usually the crime scene investigator will meet with other specialists in the field such as toxicology if poisons were traced, and odontology, which is a branch of medicine that is specific to teeth.

To begin your career as a crime scene investigator, typically you’ll need a bachelor’s degree in a field such as chemistry, biology, or forensic science. If you choose natural sciences as your undergraduate degree, then know many who take that same route usually go on to receive a master’s degree in forensic science. CSIs are also sworn in as police officers, so expect to head to the police academy as well.

There will be on-the-job training for eligible crime scene investigator applicants. This is necessary before you are able to work alone. New hires are partnered with seasoned professionals to learn real-life tricks of the trade. Interested? Try our criminal justice practice tests.

How much do crime scene investigators make?

The Bureau of Labor Statistics reports that the average salary for crime scene investigators was $66,850 with the top 10 percent averaging closer to $103,430 . Exact salaries can vary depending on specialization, location, and levels of experience.

The interest in the CSI career has grown in popularity due to all the television shows depicting life as a CSI agent. But there will be plenty of jobs for those who are eligible; find a school now.

Today’s internet landscape is riddled with digital footprints. Some footprints are harmless. Others destroy the area the moment they touch it. A computer forensics investigator uses a variety of techniques to figure out who is hacking into a system and what damage was done.

Being a computer forensics investigator

Computer forensic investigation is a demanding yet rewarding career. Investigators must uncover who is responsible for attacking a system and what damage was done. In doing so, federal and state reporting requirements must remain in effect to ensure that confidential information isn’t exposed during a security breach.

On top of completing the tasks required to trace a hacker, investigators must maintain the chain of custody for evidence, write out reports, document the procedures taken during an investigation, and attend trial. In most cases, a computer forensic investigator must testify in court and present his or her findings to the jury, which will either make or break the case.

Because computer technology is constantly evolving, a computer forensics investigator's education is constant. You must always be aware of new fraud techniques and detection, and all the new software being created to combat the constant internet crimes.

There is not a specific license required of a computer forensic investigator however some states do expect them to be licensed as a private investigator. So, it’s important to find out what your state requirements are. Sounds interesting? Find a school offering computer forensics training.

How much do crime computer forensic investigators make?

The Bureau of Labor Statistics reports that the average salary for computer forensics investigators was $66,850 with the top 10 percent averaging closer to $103,430. Exact salaries can vary depending on specialization, location, and levels of experience.