Which Is Better For You: Paralegal Or Court Reporter 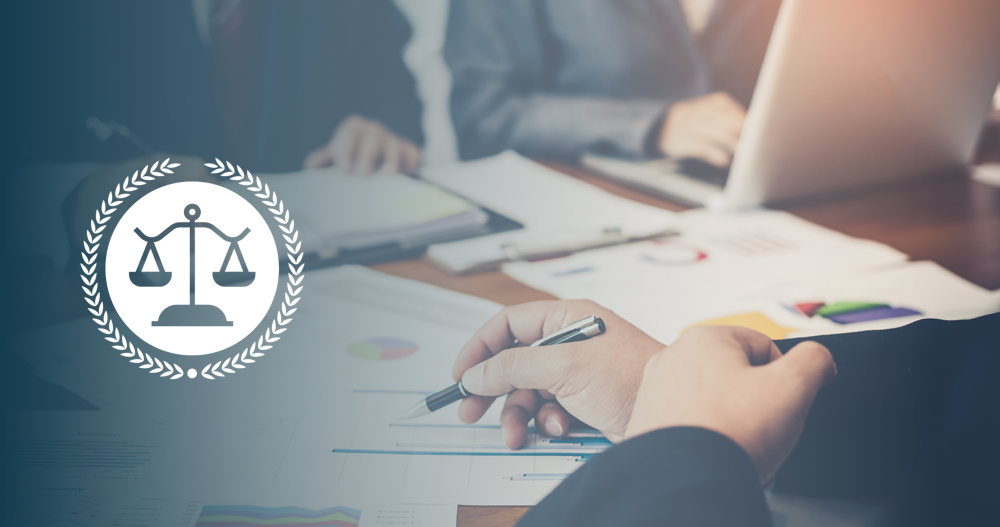 So, you’ve always loved those law firm and courtroom drama television shows, and always—sort of, kind of—wanted to be a lawyer.

But you also know that you have to pass something as hard as the infamous Bar exam. And, truth be told, maybe you really don’t want to study that hard for that long, which is what it takes to become a lawyer.

Fear not. There are alternatives for those who want to deal with law and legal matters—and they don’t require years of midnight oil, sky-high tuition bills, and Bar exams.

Two of these alternative professions are paralegals and court reporters. Both offer access to the inside action of our legal system, but in different ways.

For the record (pun intended), the American Bar Association (ABA) defines a paralegal as: A person qualified by education, training, or work experience who is employed or retained by a lawyer, law office, corporation, governmental agency, or other entity and who performs specifically delegated substantive legal work for which a lawyer is responsible. Note: Paralegals are not to be confused with law clerks or legal secretaries.

In much simpler terms, paralegals basically help keep a law practice organized and operating smoothly by performing a pretty wide-ranging amount of legal work. The majority work for attorneys.

This work, depending on the size of the law firm, can include everything from working on contracts and lawsuits, organizing case files, and performing all kinds of legal research, to writing legal briefs and interviewing witnesses.

In a sense, paralegals can literally become an attorney’s right-hand man/woman, allowing the attorney to focus specifically on actual litigation.

Court reporters see the legal game up close and personal in the courtroom. As defined by the Bureau of Labor Statistics, “court reporters create word-for-word transcriptions at trials, depositions, and other legal proceedings.” These include legislative proceedings. Some court reporters provide other services, such as captioning for television, and real-time translation for deaf or hard-of-hearing people.

In all scenarios, court reporters are charged with creating an “unimpeachable paper record of a proceeding,” according to paralegaledu.org, and they “may also be responsible for organizing these records and referencing them at the request of judges or lawyers.”

What Exactly Do Paralegals And Court Reporters Do?

Both paralegals and court reporters, then, have fairly intense jobs with a lot of responsibility. Both involve our legal system, and highly detailed work that must be 100 percent accurate for official records and other legal uses.

But some specifics about their routines and responsibilities may help you decide which of the two is a better fit.

Paralegals need to be good communicators, organizers, and researchers; they also must be versatile. You will spend most of your time doing the following specific tasks, as itemized by BLS:

Court reporters take the official record in court proceedings, depositions, magistrate hearings, public hearings, and other such meetings. They do this using a stenotype machine, a device that instantly captures word-to-text translation in “real time.”

As one court reporter wrote, “Many court reporters offer judges and attorneys the ability to have this instant translation as proceedings are going on.” Court reporters do similar work for live television captioning.

Whereas most paralegals work for law firms, court reporters are a bit more spread out in the job market. About 35 percent work for state government; 31 percent are employed in business support services; 26 percent in local government; and 7 percent are self-employed.

Your specific future court reporter tasks, according to BLS, include:

How To Become A Paralegal Or Court Reporter

In both careers, you can find on-the-job training, but, also in both cases, most experts advise attending accredited schools, earning a certificate or professional diploma, and obtaining a license.

Depending on which programs candidates choose, it takes roughly the same amount of time to obtain the training and certification for either of these careers. This adds up to between two and three years, including time for internships.

Those who wish to become paralegals can earn an associate degree from a college or obtain certification from a paralegal certificate program. Programs are offered by several paralegal professional associations, such as The National Association of Legal Assistants (legal assistants and paralegals are considered largely the same role).

Those who wish to become court reporters should complete a court reporting program. These are offered at colleges and universities, which result in an associate degree, and also by dedicated, recognized court reporting schools, which award professional diplomas or certificates. After that, candidates must pass tests to obtain state licenses; most states, but not all, do require state licenses for court reporters. Some states accept the Registered Professional Reporter designation from the National Court Reporters Association (NCRA). But this also requires passing written and skills tests.

Internships for court reporters are highly recommended. Finally, candidates need to earn a certificate or license from their state, or from a professional entity, such as the NCRA.

None of these educational options are free. While most people get help obtaining financing for colleges and universities, they may not realize financing is available for trade schools too.

How Much Do Paralegals And Court Reporters Make?

These two careers’ estimated wages are very close, with court reporters’ annual wages up to $5,000 per year higher than that of paralegals, according to official BLS reports.

Paralegals’ median annual wage was $50,410 as of 2017. The top-grossing paralegals work for the federal government and made about $66,000 annually.

Salary levels can go much higher for paralegals and court reporters who are experienced and/or offer specialized services.

The primary reason for the job growth for paralegals is that law firms are looking to increase efficiency and reduce costs. Hiring more paralegals to take on all the tasks they are trained to do is the major way to accomplish these reductions.

At the same time, the growth in the number of senior citizens will increase the need for court reporters who are communication access real-time translation (CART) providers. They will be needed to accompany these senior citizens to doctor’s appointments, town hall meetings, religious services, etc. Movie theaters and sports stadiums also need to provide closed captioning for deaf or hard-of-hearing customers.

The less-good news: Budgetary constraints in state and local governments can thwart use of some of these services. Also, digital audio recording technology is being used more and more. In fact, some states already have replaced stenographic court reporters with this equipment. But plenty of states are still questioning whether the digital approach is reliable, especially given its costs.

The “evidence” above should help you decide which of these two careers is best suited for you. While they both require focus, attention to detail, and a passion for our legal system, where you want to spend most of your days—in offices or courtrooms and other place where live proceedings are occurring—likely will determine which choice you make.

Previously... Paralegal vs. Legal Assistant - What's the Difference? Up Next... What's An Online Criminal Justice Degree Program Like?